The Earth Plaster was applied about 1/3″ thick over existing painted walls walls of the east wing in the main house, to look like hills in the background.    Starch paste –  made of white flour and water boiled to a thick, sticky consistency – is added to the finish plaster for hardness & durability. Starch paste can be made of any number of starchy substances.  It is also a main ingredient in the Adhesion Coat, which attaches the earth plaster to flat surfaces such as painted drywall. Sand, or some small texturing material is mixed in about equal parts with the starch paste, then smeared thinly on the wall and allowed to completely dry before applying the plaster. It creates a sandpaper effect, and the plaster grips to it.

We also made and sculpted models with Cob and created a shelf in a corner of the East Wing.

During this Introductory Thatching Workshop the principles of thatching were taught in a classroom session. We also toured the thatched buildings on site, learned the Japanese Square Lashing Knot and constructed a lashed A-frame.

We attached several bundles of Phragmite Reed Grass to the frame: the base layer was lashed on, and the first surface layer was held down to the first purlin with a sway – attached using a wooded needle and stainless steel wire. The reed were then shaped and tamped up with a legget.  Students received a number of handouts to take home as well as a google doc containing details of the process and a link to a classic thatching book available online: The Thatchers’ Craft.  Check it out !

Foraged Brunch at the Strawbale Studio

The Foraged Brunch on May 17 was a very full and fun time.  Funfulling? Fullfunning?

We explored the lawns and gardens finding and tasting ox eye daisy, dandelion, curly dock, stinging nettle, perennial lovage, wild chives, violet leaves and flowers, and such.  We made up a wonderful salad from them, using honey mustard dressing, which really tastes great with the flavor of the greens.    Then we cooked up an omelet on the outdoor Rocket Stove Cooker ! The eggs from neighbor Dave & Dorindas eggs (from “the girls”, as they put it. )were combined with the the Morel and Dyrad’s Saddle and Shiitake mushrooms we found that day…along with many of the greens.  OH YEAH!  Good eating!  Good time. 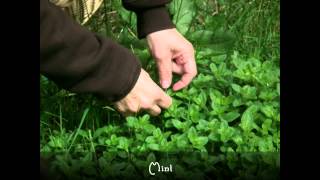 Students from Lawrence Institute of Technology visited the Strawbale Studio to see examples of natural building for their Ecological Issues Class, taught by Will Allen. Will, his wife Nancy and 6 students spent several hours touring and discussing how these building practices reflect ecological integrity.  The Rocket Stove Outdoor Cooker turned out to be of special interest to the group, some of whom wanted to go back home and build one !

Ellen Waara created this wonderful video which features a lot of the good sustainability work that our community has been up to the last few years….this is an “Earth Talk” episode, aired on Oxford TV, was filmed at Strawbale Studio by Ellen E Waara!   Hermes Trismegistus, Deanne Bednar, Jimez Whitehead, Linda Jackson-Torony,Sara Guy and Dana Driscoll are all in this video! The Student Organic Farmers at OU outreach work to the Baldwin Center and the Oakland County Permaculture Meetup are also discussed in this video.