Michigan Strawbale Code MRC2015-1 MI Appendix S was adopted directly, word-for-word, from the International Residential Code (IRC) and can be viewed at the national FREE IRC public access code site.   Michigan Strawbale Code is up for revision in 2018…so make sure you are looking at the latest MI code.  Note that Also see the Light Straw-Clay code adopted by Michigan from the IRC Code.  Buy a copy of the full Michigan code.here

Below are the page number references if you are looking at the Michigan Residential Code (MRC) as well as the free links to the Strawbale and Light Straw-Clay construction techniques from the IRC that were adopted by Michigan, word-for-word. 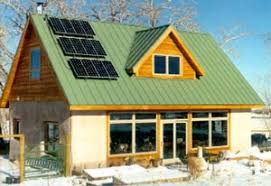 IRC Straw bale code
http://codes.iccsafe.org/app/book/content/2015-I-Codes/2015%20IRC%20HTML/Appendix%20S.html
Building Science Corp article on straw bale wall systems. Lots of technical stuff. If you’re not familiar with these folks, they’re driving a lot of the foam-heavy ‘deep energy retrofit’ stuff, so it’s cool that they spent some time doing some analysis of something else.

IRC Light Straw-Clay Code http://codes.iccsafe.org/app/boo k/content/2015-I-Codes/2015%20IRC%20HTML/Appendix%20R.html
Sam Newman said: “This makes me feel pretty positive about the possibility of repeatable and permitted energy retrofits using no foam or plastic, but instead packing straw-clay into the stud bays of an uninsulated house from the outside and then plastering over it.”

MICHIGAN CODE  has an “ALTERNATIVE MATERIALS” section.  If your jurisdiction doesn’t accept the Michigan Residential Code, you can evoke this section which has been in effect for a number of years.

R104.11. Alternative materials, design, and methods of construction and equipment. The provisions of the code are not intended to prevent the installation of any material or to prohibit any design or method of construction not specifically prescribed by the code, if the alternative 17 has been approved. An alternative material, design, or method of construction shall be approved where the building official finds that the proposed design is satisfactory and complies with the intent of the provisions of the code, and that the material, method, or work offered is, for the purpose intended, at least the equivalent of that prescribed in the code. Compliance with the specific performance-based provisions of the Michigan building, R 408.30401 to R 408.30547, electrical, R 408.30801 to R 408.30880, mechanical, R 408.30901 to R 408.30998, and plumbing, R 408.30701 to R 408.30796, codes instead of specific requirements of the code shall also be permitted as alternate.

compiled for the Tribal Nations.by the Environmental Protection Agency. Outstanding links.  (Feb 2017 this link to the EPA was not able to connect).

TINY HOUSES are now in the INTERNATIONAL BUILDING CODE  2018 !

* Tiny House Code approved by the IBC – International Building Code  The International Code Council (ICC) reported that public comment RB168-16, the tiny house appendix, passed their final round of voting, receiving the required 2/3 majority vote. As a result, a tiny house specific appendix will be part of the 2018 International Residential Code (IRC), allowing people to receive a Certificate of Occupancy (COO) for their tiny house when built to meet the provisions of the adopted code appendix. A lack of recognition of tiny houses in the IRC had been a major hindrance to the creation of legal tiny houses in communities across the United States. – See more

OTHER ARTICLES  & resorces of interest if you are wanting to build with straw:

We Have a National Straw Bale Building Code! – strawbale.com
Oct 28, 2013 – The IRC is the basis for the Residential Building Code in virtually every … easier with theacceptance of straw bale construction into the IRC.

Codes for Alternative Building – Green Home Building
To date, Jeff has consulted on well over 400 straw bale and natural building projects … I know of onecode-approved papercrete building that was accepted …

Q & A    Building a Straw Bale Cabin.   See bottom of page for emails. 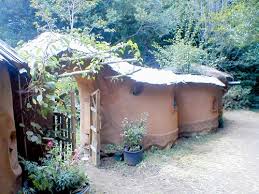 Portland Code for Rocket Stoves.  Great Code article written by Ernie & Erica Wisner.  Go to the bottom section of this document on “Scope” and use this to interface with code officials.

Video on Code by Ernie & Erica. (5 min)  Getting a Permit for Rocket Stoves.

Q.  I want  to build a straw bale cabin  next summer.
I want to find out more about the details  so i can do that.
What does Washtenaw county  allow for straw bale construction.  Thanks, R.

A. Here is the part of the Michigan code that allows for strawbale as an “alternative material”  code info here.

Wayne Appleyard of Sun Structures architecture in Ann Arbor gave me this reference, and designs sb buildings in the area, as does Mark Campbell of St. Joseph Builders.
People are able to get permits for sb in michigan without problems as far as I know !  Whether it is a dwelling or not is a separate issue with criteria that must be met, such as size and zoning, etc.  Jo Trumpey U of M professor has a big sb home in the area.
Their contact information is at  Great Lakes NATURAL BUILDING Regional Network.
There will be some strawbale related courses offered by strawbale studio in collaboration with MI Folk School.  You might want to get in on one of them. There is also a 1 month Internship here jan 4 – feb 4, 2015. fyi . see strawbalestudio.org website for details.
Warmly, Deanne

As Deanne and Tammy said, there’s no reason you can’t do this. If you look in distressed areas you can often get a house that needs some work but is liveable for well within your budget. Here in northeast Ohio we have codes and cold but we also have areas with houses within your budget. Rehabbing with natural materials would be quicker and less complicated than building from scratch, with less bureaucracy, but there are many counties in Indiana and Tennessee and Alabama and Georgia for instance where code enforcement is lax and land prices are low so you could build something there. Portland is very expensive, as are most places in California and New Mexico and Washington. Urban and suburban areas that have plenty of jobs will be more strict with codes and higher priced. We can talk about this more if you wanted to share more about your plans, resources and dreams.
–Uncle Mud (aka Chris McClellan)

Oregon unforatunetely DOES have building codes – they just let auxillary buildings under 200 sq.ft. pass without any permits – so a lot of us cob builders just build little and call them different things (like library, meditation room, art studio *girns*)
Northern California in those two counties doesn’t have code.
I personally really like the idea of buying a fixer upper and then just gutting it and cobbing it in with cob and light straw clay.  Would definitely be in your price range but probably not near portland.  The closer to a big city the more it cost to buy land or a fixer.  Other areas of the country are cheap cheap – like Ohio – OMG you can get a total house for under $30K but alas its Ohio *grins*
I am going to forward your email to Deanne Bednar as she is in Oxford Michigan and teaches natural building with others, including women.  She would know more about happenings near NY…also to Chris McClellan (who happens to live in Ohio *GRINS******)  He can tell you about options for workshop closer to you.  I highly recommend them both!
Enjoy the journey!
Tammy
www.7fires.org´´¯`·.¸ >`·.¸¸.·´¯`·>´¯`·.¸¸.·´¯`·.¸¸.·´¯`·.¸ >
Sent: Friday, April 03, 2015 at 12:21 PM
From: “Dee ess”
To: “Tammy Van”
Subject: Re: Looking to build a cob cottage…

Thanks so much for taking the time to give me this information, Tammy. When you say to keep it small what approximate size do you think I’d have to build the home to keep it under $50k with the land and everything? I was thinking around 500 square feet for a one-bedroom or studio bungalow which is all I need (and maybe a shed and attic crawl space for extra storage). I’m thrilled to know I might be able to build one right here in New York if I can find areas without any building permit needed to meet codes and all. Or else I’d come out to Oregon… I prefer to be near Portland, so I’m not sure if you mean the entire state of Oregon has no building permits/codes to meet or is this just in specific counties of the state?

After taking a course, I’d love to not only build my own cob bungalow, but be doing this for a living as well… sounds like my kind of thing, sufficient pay, and it’s good to know other women are out there doing this too.
Thanks, again, Tammy, and lets stay in touch… glad I found you.
Debbie

Many variables go into the cost (ie. are you using used or new windows and doors, plumbing inside or in a composting toilet situation, lime plaster finishes or earthen plasters, flooring, etc.) given all that said we have had people including ourselves for $1,000 or less and upward from that.  Linda’s house which is a one bedroom bungalow is very charming and she has probably about $3K into it just because she has some nice finishes like granite counters and things.  If you hire it out of course that adds to the cost.  And depending on where you build you might want to build more of a “complex” or network of smaller cottages – one sleeping, one living, one kitchen things like that.  Ie. in Oregon you can build under 200 sqft auxillary building without a permit.
If my range was wide open – I would indeed seek out those counties in the USA or other countries that don’t require building permits.  (Many south america ones like Costa Rica, Ecuador etc. – that would require some research).  But there are still counties even in the US that have exemptions or no permits at all – far and few between.  In Northern Calif. there are two that I know of – Humbolt County and Medicino County have what’s called an Owner Build permit – that allows you to build anything you want for the most part and not have to meet code etc.
Other options would indeed be going for a permittable cob/strawbale house – it has been done just adds to the cost.  If the $50K if for the house portion you’ll be fine.  If the $50K is for the house and land, you’ll probably have to keep it small.
So….given all that said – lets start with where you currently live.  I’m sure we have builders near you and we can chat more about that and options to get you started.  My husband and myself have a background in conventional construction and we actually teach people to take fixer uppers that are basically tear downs to anyone else and remodel them with cob and other natural materials – its great.  We have a workshop coming up in July that will teach all the different wall systems to do just that.  So can chat more about that too.
And just know that YOU totally can do it!  We have had women with zero building experience come and take a workshop and leave empowered enough to build their own house with their own hands and make it a piece of art too!
Happy to help!
Tammy
www.7fires.org

Hello, I’m desperate to get a home for myself but only have $50,000 or less to spend. I read about cob dwellings and am very interested in building one. I need to know what areas in the U.S. or other countries allow them; where they are typically built; and for how much it would cost me to build a one-bedroom bungalow for myself. Thanks for you help, it’s greatly appreciated.